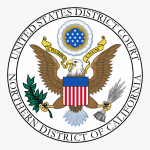 If you’re a defendant in the U.S. District Courts and facing “Federal Criminal Charges” we help you qualify for early release programs authorized by the Federal Bureau of Prisons.

U.S. District Courts are the courts of general jurisdiction consisting of 670 district courts throughout the country. District Courts hear cases within the federal court system for both civil and criminal. The President appoints at least one United States District Judge for each district court with the consent and approval of the Senate for a life term. The same applies to the U.S. Attorneys wherein the U.S. Attorney is the primary prosecutor for the federal government in his or her respective district.

U.S. District Court judges may continue to serve as long as they maintain their good behavior while holding their office and can be impeached and removed only by Congress. They are responsible for managing the court and supervise the court’s employees.

The appointment of U.S. Magistrate Judges is made by a majority of District Court judges. U.S. Magistrates serve for a term of eight years if full-time and four years if part-time and may be subject to reappointment after their term. Federal magistrate judges are tasked to perform some duties given by the district court and may decide certain motions such as a motion to suppress evidence and resolve certain cases, including the issuance of search warrants and warrants of arrest, conduct an initial hearing, set bail, and other similar actions for criminal cases and magistrates handle pre-trial motions and discovery and some other issues for civil cases.