What Is Tax Fraud 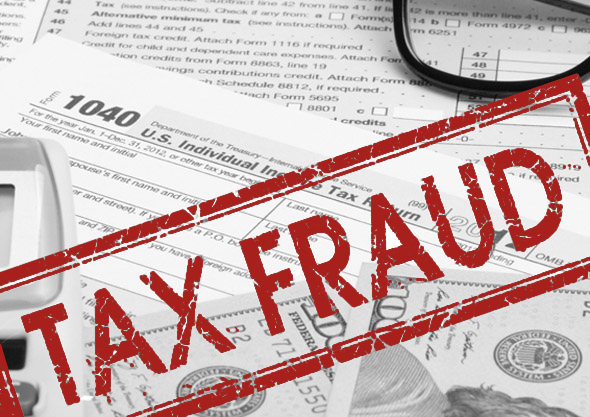 Tax fraud is a White Collar federal crime in the United States that can be carried out by individual or organizations pursuant to 26 U.S.C. Section 7201. It involves knowingly and wilfully evading assessment or not paying the tax you are required to pay by federal law. In other words, someone intends to defraud the Internal Revenue Service and not pay their tax that they are liable to pay.

This is different from tax avoidance, which is legal in the United States. Some examples of tax fraud include deliberately not filing an income tax return, which you’re required to do. In addition, it can mean not paying due taxes, not reporting all your income or making a false tax return.

Tax fraud is investigated by the Internal Revenue Service (IRS). There are several divisions in the IRS and the one investigating tax fraud is the IRS Criminal Investigation Division (CID). It’s their duty to investigate and if need be arrest an individual tax payer for fraud, as well as corporate entities.

It is important to note that the IRS know mistakes and errors can happen when dealing with income tax returns. If the IRS decides it was a mistake and no obvious signs of fraud, they’ll not call the situation fraud. This can be referred to as negligence. The IRS understand that tax law can be confusing and this is considered when they are investigating. There can be fines for this mistake but it will not be classed as tax payer fraud under 26 U.S.C. section 7201.

What are the Penalties for Tax Fraud?

If you are found guilty of committing tax fraud in the United States, the penalties can be severe. This includes receiving a fine and a prison sentence. This includes a fine of up to $250,000 for individuals and this increases to up to $500,000 for organizations. In addition, you can receive a prison sentence of up to five years. This will also include the cost of prosecution of your case. The penalties for tax fraud are detailed under 26 U.S.C. section 7201. Some factors influencing the severity of penalties for fraud include financial loss by the government, abuse of a public position and the person’s role in the crime.

RICHMOND, Va. – A Richmond woman was sentenced yesterday to approximately seven years in prison for conspiracy to commit wire fraud, aggravated identity theft, and failure to appear in court for a sentencing hearing.

According to court documents, Banita Brandise Saffore, 34, and her mother, co-defendant Charlene Saffore Cannon, ran a tax preparation service in which they systematically filed returns for clients that contained false representations as to the clients’ Schedule C income, dependents, and education expenses in order to obtain inflated refunds. As early as 2011, they began filing tax fraudulent tax returns using stolen identities and pocketing the refunds in their entirety.

United States Attorney Erica H. MacDonald today announced the sentencing of LESSIE BEATRICE LINDSEY, 37, to one year and one day in prison for falsely claiming $1,151,585 in tax refunds. LINDSEY, who pleaded guilty on June 17, 2019, was sentenced on October 30, 2019, before Senior Judge David S. Doty in U.S. District Court in Minneapolis, Minnesota.

According to the defendant’s guilty pleas and documents filed in court, between January 2013 and March 2016, LINDSEY, who operated in Minneapolis, Minnesota and Chicago, Illinois, charged individual taxpayers a fee to prepare and file their federal income tax returns. LINDSEY routinely falsified information on the federal income tax returns she filed on behalf of her clients, including employment, income, and tax credits, in order to increase the clients’ tax refunds.