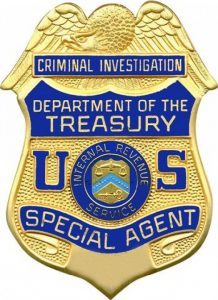 If you’re under investigation by the IRS CID and facing Federal Charges we help you qualify for early release programs authorized by the Federal Bureau of Prisons.

What is the IRS

The Internal Revenue Service (IRS) is the revenue service of the United States federal government. The government agency is a bureau of the Department of the Treasury.

The IRS is responsible for collecting taxes and administering the Internal Revenue Code, the main body of federal statutory tax law of the United States.

The duties of the IRS include providing tax assistance to taxpayers and pursuing and resolving instances of erroneous or fraudulent tax filings.

What is the IRS CID

The Internal Revenue Service CID (Criminal Investigation Division) is the investigative body of the IRS that deals with felonies involving the violation of the US Internal Revenue Code. Its main objective is to protect and maintain the integrity of the US tax system.

What Does IRS CID Investigate

The individuals can be legitimate business owners but obtain their income through illegal means. These investigations focus on methods through which individuals seek to launder their ill-gotten income by making it appear the income is from a legitimate source.

(A) carry a firearm while engaged in official duties as authorized under this Act or other statute;

(B) make an arrest without a warrant while engaged in official duties as authorized under this Act or other statute, or as expressly authorized by the Attorney General, for any offense against the United States.

(C) seek and execute warrants for arrest, a search of premises, or seizure of evidence issued under the authority of the United States upon probable cause to believe that a violation has been committed.