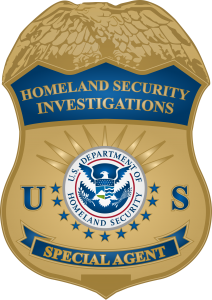 If you’re under investigation by the HSI and facing Federal Charges we help you qualify for early release programs authorized by the Federal Bureau of Prisons.

The department constitutes the largest investigative international presence among all the agencies under Homeland Security. The HSI employs sophisticated technology with agents highly skilled in investigations to ensure the national security of the United States. The department operates within the Human Rights Violators and War Crime Units under the National Security Investigations Division of the Department of Homeland Security.

Homeland Security Investigations (HSI) has broad authority in law enforcement. They are authorized by law to use the equipment, such as a nationwide radio communication system. Its special agents are armed with the SIG Sauer P229R pistol as their primary sidearm. The Remington Model 870 shotgun and Colt M4 carbine and submachine guns are their secondary weapons. Among its powers, duties and authorities include the following:

Homeland Security Investigations is engaged in the investigation of various crimes that include the following: