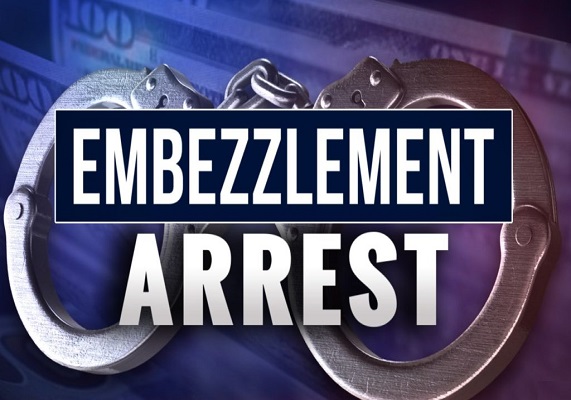 Embezzlement is a White Collar federal crime where an individual acquires money or property through trusted access and appropriates it for themselves. In this way, the individual takes advantage of their position of trust. For example, embezzlement can be borrowing money from a bank register where you work, transferring a customer’s money into your own personal account, and taking property for personal use.

Often, this is someone in a white-collar profession, such as an accountant or tax consultant. It is important to remember that embezzlement is different from fraud. The individual has had legal permission and access to the money or property due to being in a trusted position. There is intention and this crime usually happens when an individual is unsupervised.

There are state laws in place for embezzlement that means it would be the state investigating the crime. But it becomes a federal crime when it involves a United States government agency or vioilates a federal law like wire fraud or bank fraud. There are other situations that may fall under federal laws on embezzlement such as involving money from United States taxpayers.

As a serious federal crime, embezzlement can be investigated by the Federal Bureau of Investigation (FBI) and the Financial Fraud Enforcement Task Force. If the defendant is charged with embezzlement their case will be taken to court for prosecution. The penalties for embezzlement can be severe and will be different depending on the individual facts of the case. A charge of embezzlement can only be brought under state or federal law; it cannot be both.

What are the Penalties Embezzlement?

There are different penalties depending upon the facts of a person’s case. Often, the type or amount of money and property stolen will be considered. If the money or property is worth more than $1000, an individual can expect to receive a fine of $250,000. This can also include a prison sentence of up to 10 years. If the money or property is less than $1000, an individual can receive a fine of up to $100,000.

In addition, there can be a prison sentence issued. Organizations that are involved with federal embezzlement can face more severe fines for their actions. This can include fines of up to $500,000 or twice te amount of money that was gained. If the crime is found to be a misdemeanor, then the fine will be up to $200,000.

Birmingham Woman Sentenced to 33 Months in Prison for Embezzlement

U.S. District Judge Annemarie Axon sentenced CINDY MADISON, 55, to 33 months in prison for wire fraud. Madison pled guilty in May to one count of wire fraud.

ROCHESTER, N.Y. – U.S. Attorney James P. Kennedy, Jr. announced today that Brian Arnold, 48, of Elmira, NY, was arrested and charged by criminal complaint with embezzlement and false entries in required union records. The charges carry a maximum penalty of five years in prison and a $10,000 fine.

Assistant U.S. Attorney Meghan K. McGuire, who is handling the case, stated that according to the complaint, the defendant, between September 2015 and August 2018, was the financial secretary of Steelworkers Local Union 104M, which represents approximately 75 workers at Anchor Glass Container Corporation. As financial secretary, Arnold was responsible for collecting dues checks, recording all receipts, maintaining receipts and disbursement records, writing and signing checks, and preparing an accurate account of all money received and paid out to report monthly to the union membership.