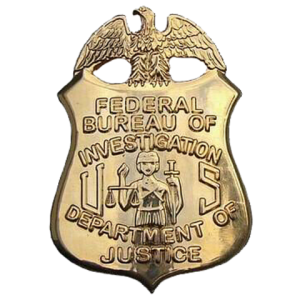 If you’re under investigation by the FBI and facing Federal Charges we help you qualify for early release programs authorized by the Federal Bureau of Prisons.

The Federal Bureau of Investigations (FBI) was founded on July 26, 1908 and is the main investigative arm of the U.S. Department of Justice tasked to investigate federal criminal offenses.

Pursuant to Title 18 USC 3052 and Title 18 USC 3107, FBI Special Agents are authorized to carry firearms, conduct criminal investigations, make seizures under warrant for violation of federal statutes, make arrests without warrant for any offense against the United States committed in his presence, or for any felony, cognizable under the laws of the United States, if he has probable cause to believe that the person to be arrested has committed or is committing a felony.

The FBI exercises concurrent jurisdiction with the other agencies like the Drug Enforcement Administration (DEA) and the Immigration and Customs Enforcement in the prosecution of the federal offense for drug smuggling. The main objective of the FBI is to defend the United States against all forms of threats by using an intelligence-driven function to secure the national territory.

What FBI Special Agents Do

• Carry firearms, serve warrants and make arrests
• Investigate domestic and international acts of terrorisms
• Eradicate the threat to the national security
• Investigate crimes that are not vested upon the exclusive jurisdiction of a particular government agency
• Exercises the authority to use surveillance devices and tools in its investigations

The most common crimes that the bureau investigates are: