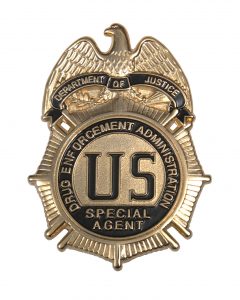 If you’re under investigation by the DEA and facing Federal Charges we help you qualify for early release programs authorized by the Federal Bureau of Prisons. 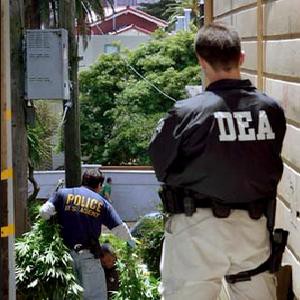 The U.S. Drug Enforcement Administration (DEA) was founded on July 1, 1973 and is a Federal Law Enforcement Agency under the U.S. Department of Justice. The DEA is the lead agency tasked with combating drug smuggling and distribution within the United States and has sole responsibility for coordinating and pursuing US drug investigations both domestically and abroad.

Pursuant to Title 21 U.S.C. 878 DEA Agents are empowered to carry firearms, conduct criminal investigations, make arrests without warrant for any offense against the United States committed in his presence, or for any felony, cognizable under the laws of the United States, if he has probable cause to believe that the person to be arrested has committed or is committing a felony.

What the DEA Investigates

The DEA exercises concurrent jurisdiction with the other agencies like the Federal Bureau of Investigation (FBI) and the Immigration and Customs Enforcement in the prosecution of the federal offense for drug smuggling. The main objective of the agency is to prosecute and investigate drug-related activities within and across the borders of the United States.

The authority of the Drug Enforcement Administration (DEA) extends from the investigation and prosecution of crimes involving drug smuggling and related acts. Among the powers and authorities of the DEA include the following:

• Investigate criminal acts involving the manufacturing, cultivation, smuggling and distribution of illegal drugs.
• Prosecute criminal organizations or individuals who are engaged in the above-stated activities
• Confiscate illegal articles or drugs
• Seize assets that are linked to drug smuggling and related federal offenses
• Manage and establish a program that will eradicate the availability of controlled substances both domestically and internationally
• Exercise an exclusive jurisdiction in pursuing the investigation of crimes related to illegal drugs and other controlled substances abroad.
• Prevent marijuana production and distribution and cut down the supply within the US territory.
• Pursue organizations that are engaged in the sale and distribution of illegal drugs and narcotics.

The focus of the investigation of the Drug Enforcement Administration (DEA) primarily involves the following federal offenses:

• Drug smuggling within the domestic and international regions
• Violations of the anti-drug law that includes the manufacturing, distributing, and dispensing of legally controlled substances
• Other drug-related crimes
• Crimes involving the illegal distribution of medical marijuana