What Is Wire Fraud 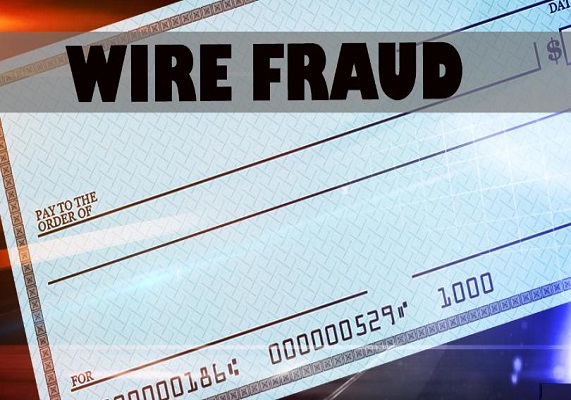 Wire fraud is White Collar Crime and an intentional act committed by a person or organization to illegally obtain money or property from another individual or organization. This act is done through wire communications, either across states lines or internationally. It includes defrauding through telephone calls, email communications and by fax; it can be any form of electronic communication with the intention of illegal gain.

Wire fraud is classified as a federal crime in the United States of America and taken very seriously. It is contained under Title 18 of the United States Code section 1343. It can be any form of electronic communication such as writing, pictures, and sound with common types of fraud include telemarketing actions, phishing schemes and unsolicited email messages to another.

Several means of defrauding electronically are use of traditional bank wires, Western Union money transfers, using a telephone to further a crimes and as well as fax machines and email services. A Defendant who uses Paypal to defraud a seller on Ebay can also be charged with a fraud pursuant to the wire statute.

Defendants who commit federal narcotics crimes Pursuant to 21 USC 841 & 846 that facilitate use of a telephone to further the crimes can be charged with some called a Phone Count that carries a 4 year sentence in Federal Prison.

Instances of suspected wire fraud are normally investigated by the Federal Bureau of Investigation (FBI). If there is an instance of fraud by wire after extensive investigation by the FBI, an individual or organization can be charged with this federal offense and a criminal chages will ensue in US District Court court. Each count will be dealt with by the federal court system, with a court case considering facts and the law. The law for wire fraud is found under title 18 of the United States Code section 1343..

What are the Sentencing Penalties for Wire Fraud?

Since wire fraud is a federal crime, the penalties can be severe if an individual or organization is found guilty. For individuals, there can be fines issued up to $250,000 and imprisonment for up to 20 years in the custody of the Federal Bureau of Prisons. For organizations there can be an even larger fine. This can be up to $500,000. Of course, the severity of the punishment will depend on the seriousness of the fraud committed and the all important dollar loss.

Under certain circumstances, the Federal prison sentence for individuals can be increased up to 30 years depending on the Dollar Loss Exposure, the level of the defendant’s involvement in the crime, and the defendant’s criminal history  as determined by  U.S. Sentencing Guidelines section 2B1.1.

Every instance of fraud is treated separately. In other words, instances of electronic communication will be taken as separate counts. For example, if an individual commits fraud through sending three emails, this will be seen as three counts of fraud. If they are found guilty, they may be subject to $750,000 in fines, as well as serving 60 years in prison.

SPRINGFIELD, MO. November 7, 2019 – A certified public accountant in Lebanon, Missouri, was convicted by a federal jury today of a $7 million scheme to defraud his employer and clients. Douglas A. Richardson, 46, was found guilty of all 10 counts contained in an Aug. 16, 2018, federal indictment.