What Is Securities Fraud 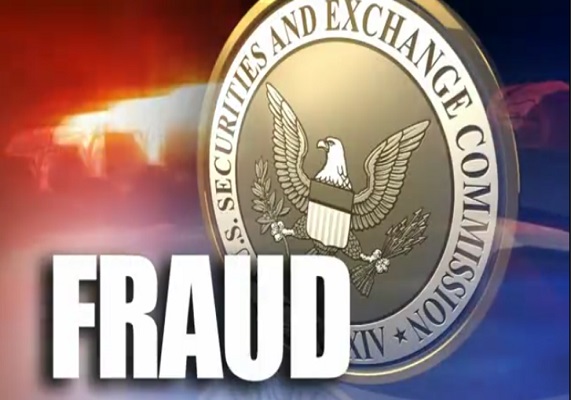 Securities fraud is a White Collar federal crime that is committed when an individual intentionally lies or steals an investment in order for them to obtain financial gain for themselves. There has to be an intention and a deliberate act to defraud, which can include giving false information. This crime is stated in the Securities Act of 1933 and the Securities Exchange Act of 1934. It is possible for an individual, such as a stockbroker to commit securities fraud.

In addition, this is a federal crime that can apply to an organization or investment bank too. Securities can mean a type of investment. This can include banknotes, bonds, stocks and commodities. Securities fraud can include Ponzi schemes, late-day trading, hedge fund fraud and pyramid schemes.

Each state will have its own laws on securities fraud. But this is also a federal crime and this will be investigated by the Federal Bureau of Investigation (FBI). It is a crime that is taken very seriously and they will thoroughly investigate any reports or suspicions of securities fraud. The federal law is under 18 U.S.C. section 1348. This outlines the factors that will allow an individual or organization to be charged with securities fraud in the United States.

The Securities and Exchange Commission are normally in charge of prosecuting cases of securities fraud. There are defenses to securities fraud that one can use when it is legitimate. This can include acting in good faith and believing the deceptive actions were true, having no knowledge of the crime taking place and substantial assistance in the identification and conviction of another person involved. There can also be defenses such as unlawful search and seizure.

What are the Penalties for Securities Fraud?

Securities Fraud carries severe penalties and it is known as a Class C felony under federal law. This can mean an individual receiving a large fine and prison sentence. These two penalties can be combined or given separately. A prison sentence can be issued of up to 20 years. Usually, this is a five-year prison sentence for each offense of securities fraud.

A substantial fine can be received that is up to $5 million. In some cases, there is the possibility of receiving probation. Of course, this will depend on the individual facts of the case and it can appear when there has been no financial loss. In addition, restitution is possible to compensate the victim of securities fraud.

Geoffrey S. Berman, the United States Attorney for the Southern District of New York, announced today that PAUL A. RINFRET pled guilty to participating in a Ponzi scheme in which he obtained approximately $19 million in total from victims through a variety of lies and misrepresentations. RINFRET pled guilty to one count of wire fraud and one count of securities fraud before U.S. District Judge Gregory H. Woods.

Manhattan U.S. Attorney Geoffrey S. Berman said: “Paul Rinfret callously lied to investors at every step. He lied about his past returns to get them to invest. He lied about having invested all of their money, when he was actually spending much of it on things like jewelry, cars, and a house in the Hamptons. To keep investors appeased, Rinfret lied about how their money was growing. Today, Rinfret has admitted to his scheme, through which he obtained approximately $19 million, and now faces a prison term for his lies.”

Manhattan U.S. Attorney Geoffrey Berman said: “From 2011 through 2014, Sean Stewart used his position of trust at two different investment banks to steal confidential information and pass it on to his father so he could make illicit profits in the stock market. As a unanimous jury found today, he abused his positions over and over again to tip his father. Today’s verdict, which comes after the Second Circuit reversed Stewart’s original conviction, shows that this Office and our law enforcement partners at the FBI will persevere to achieve justice.