What Is Mortgage Fraud 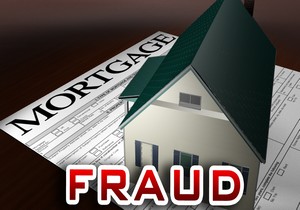 Mortgage fraud is a White Collar financial crime. It involves dishonestly profiting from the mortgage process. Mortgage fraud is committed through making a misstatement or misrepresentation during the application process. It can also be achieved through the omission of honest information or data that influences a mortgage decision.

There are two main types of mortgage fraud. Namely, this includes fraud for profit and fraud for housing. Fraud for profit is normally carried out by workers in specialized positions, such as bank officers or mortgage brokers. With their position, they believe they can steal money or equity from customers. On the other hand, fraud for housing is a crime typically carried out by individuals who want to attain ownership of a house. This includes falsifying information such as income or assets to secure a dishonest loan application.

Mortgage fraud can be a state and federal crime in the US. The Fraud Enforcement and Recovery Act (FERA) was introduced in 2009, which allows for federal investigation of serious financial crimes. This means that any potential wrongdoing can be investigated by the Federal Bureau of Investigation (FBI). Mortgage frauds that cross state lines, are big in operation or involve a mortgage lender are often federally investigated and prosecuted.

Prosecution by the State

Fraud for housing can be prosecuted by state. It is important to note that mortgage fraud will only be investigated and prosecuted if someone has the intention to commit fraud; there is not a crime committed through mistakes. There has to be a deliberate act by a professional or individual for profit or housing.

What are the Penalties for Mortgage Fraud?

Mortgage fraud is a serious offense in the US and this means there are severe penalties in place for if you are found guilty. It should not be dismissed as a minor crime. Under federal laws, restitution may be sought to compensate the other party that suffered as a result of mortgage fraud. There can also be fines awarded of up to $1 million and imprisonment for individuals of up to 30 years.

The penalty you receive will be based upon your case. The penalties in states will differ depending on the severity of the crime and the location the crime is committed. But you can expect large fines up to $100,000 or more and varying years in prison. Probation may also be another penalty for mortgage fraud.

According to court documents, between September 2004 and February 2008, Aguila and co-conspirators Sergio Roman Barrientos and Omar Anabo operated Capital Access LLC, in Vallejo, a company that preyed on homeowners nearing foreclosure. The defendants convinced homeowners to sign over the title to their homes to Capital Access and then spent any equity those homeowners still had, which was then used for operational expenses of the scheme and personal expenses of Aguila and his co-conspirators.

BOSTON – The principals and co-founders of a North Andover mortgage short sale assistance company were charged today in connection with defrauding mortgage lenders and investors out of nearly $500,000 in proceeds from about 90 short sale transactions. The defendants allegedly defrauded the Federal National Mortgage Association, the Federal Home Loan Mortgage Corporation and the U.S. Department of Housing and Urban Development.