What Is Money Laundering 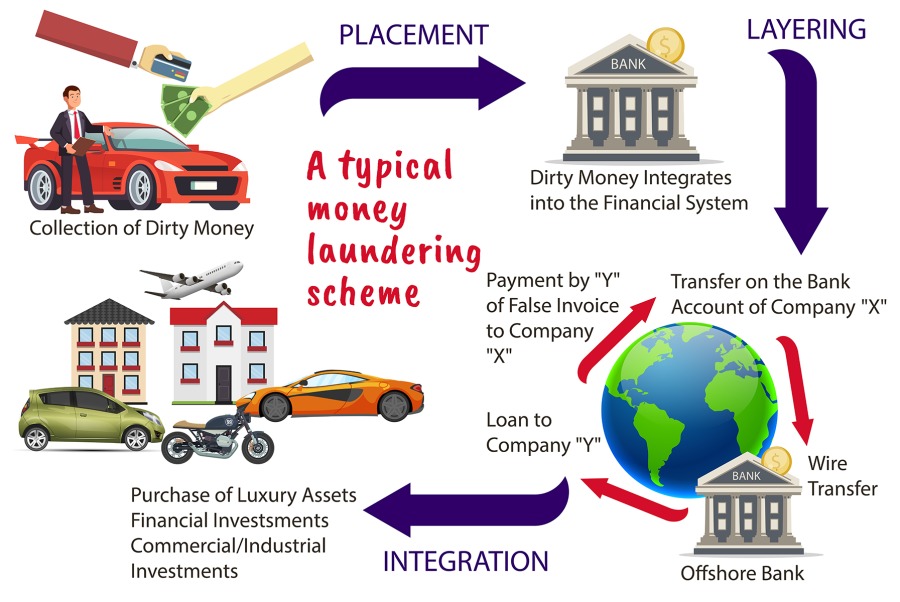 18 U.S.C. Section 1956 captures an individual for promotional money laundering, which involves encouraging the criminal activity and having intent. In addition, the section also captures concealment money laundering, which involves disguising the source or location of the money. The accused knew the money was tainted. 18 U.S.C. Section 1957 makes it a crime to spend $10,000 that has been collected from unlawful activities. The money must pass through a financial company to be captured under this section.

There are a number of agencies that are involved in investigating money laundering depending upon the circumstances of each individual case. This can include the Federal Bureau of Investigation (FBI), Postal Inspection Service, the Internal Revenue Service Criminal Division (IRS CID), U.S. Immigration and Customs Enforcement and Environmental Protection Agency. If an individual is charged with money laundering, they will be prosecuted by the U.S. Department of Justice.

What are the Penalties for Money Laundering?

The penalties for money laundering are serious and can have devastating effects. In particular, there are severe penalties under 18 U.S.C. section 1956. If found guilty, a person can be sentenced to up to 20 years in prison for their crimes. 18 U.S.C. section 1957 states that if a person is found guilty, they can be subject to up to 10 years imprisonment. Every case will be different. Factors that are taken into account when sentencing a defendant include the value of the money that was laundered and the intent and accountability of the defendant in the criminal activity.

There can also be fines issued of up to $500,000, depending upon the facts of the individual case. In many cases if the Government will issue a motion and get a court order for forefieture to recover and penalize funds a defedant received for his crimes as ill gotten gains.

Orlando, Florida – Bryan L. Brewer (44, Winter Park) has pleaded guilty to wire fraud, bank fraud, and to launder money He faces a maximum penalty of 20 years in federal prison for the wire fraud count, up to 30 years’ imprisonment for the bank fraud count, and up to 10 years’ imprisonment for the money laundering count. Brewer has also agreed to pay restitution to his victims and a money judgment has been entered for more than $9 million.

According to court documents, Brewer engaged in two fraud schemes that resulted in him receiving more than $9 million. In one scheme, Brewer solicited an individual to invest in a company that manufactured paddleboards by the name of USBoardco (also known as WatersEdge). As part of the scheme, Brewer sent the victim copies of bank statements, tax returns, and other financial documents that had been falsified to inflate the sales, profits, income, and bank account balance for the company. Relying upon those and other misrepresentations, the victim invested over $1 million.

California Men Sentenced And Plead To Conspiring To Launder Money

According to court documents, Dadon and Atari each conspired with other co-defendants to launder the cash proceeds of an illegal gambling business run by Orel Gohar, 28, of San Francisco, and Yaniv Gohar, 35 of Berkeley, that placed and maintained video slot machines at businesses in Northern California, including Sacramento and other locations in the Eastern District of California.